As part of the Brentford FC Elite Development course at the college, students Jan Zamburek and Jason Evans have been surpassing expectations playing for Brentford FC.

Jan, 18, recently made club history by being one of the youngest players born this century to play in the Championship for Brentford FC. And Jason Evans, 17, was shortlisted as CEFA player for the Community Education Football Alliance (CEFA) league at the prestigious English Football League Awards. Also, Jason is part of an elite shortlist which also includes Sky Bet Championship’s Player of the Year and EA Sports Young Player of the season.

We asked Jan what was going through his head the moment he stepped onto the pitch for the first team, “I was so excited and also a little bit nervous. The Stadium was almost full so the atmosphere was really nice. When I stepped on to the pitch I started to feel like in a normal game and also teammates helped me a lot, so it was much easier for me.”

Speaking about his nomination, Jason said: “It felt very good to be nominated for the award and it will definitely help build my confidence while helping to prove to myself that my hard work is paying off. I think it will help me gain more respect from other players and it will also give me a chance to be recognised for my ability and hard work throughout the season.” 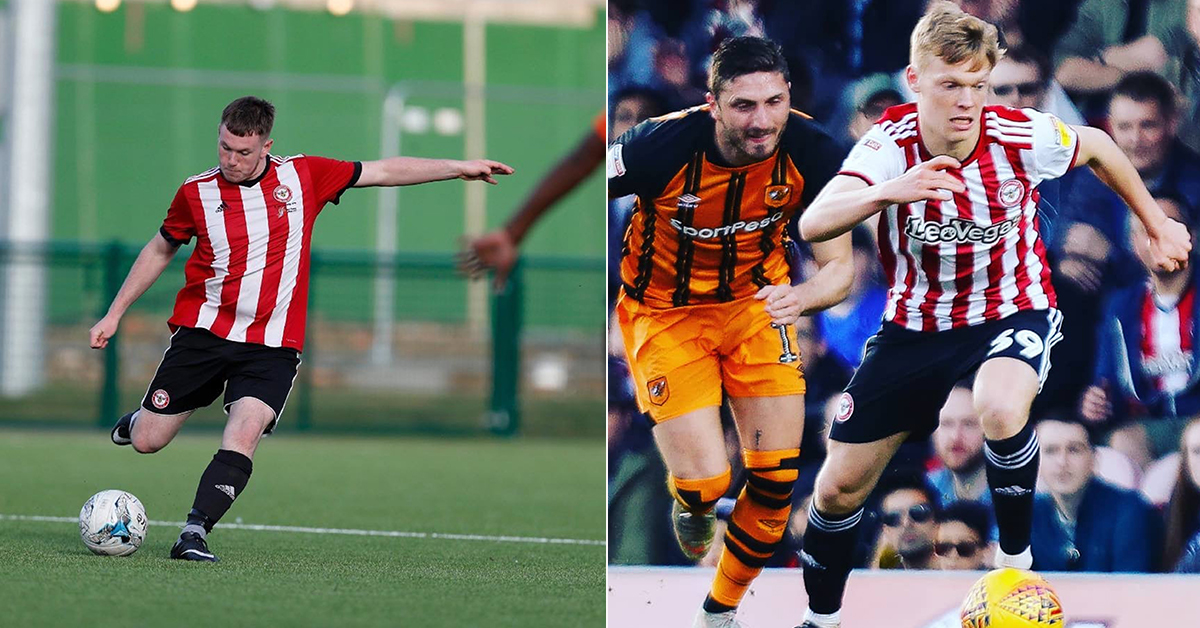 Off the pitch, the college supports all students in preparing them for the next step in their career. Jason is part of the Trust’s football and education programme with the college, which offers students the opportunity to study for a BTEC Level 3 Sports including support from a host of experienced coaches. For instance, former Brentford Player, Ryan Peters, coaches the students and mentors them on a career path in the sporting world.

All courses provided by the college ensure students have English and Maths skills so that they can go into multiple careers when they’ve completed their course. For example, Jan whose first language isn’t English, explains studying at the college “helped to improve my English because at college you have to work with other students. It really helped me and I also met new people.”

College staff praised both students for their dedication. Amrit Sandhu, (Curriculum Manager) explains “it is fantastic to have one of our students nominated for this award. At West Thames College, we are committed to ensure that the students enjoy a high-quality experience in both education and football. Jason being nominated demonstrates the success of his commitment to both his studies and training.” In addition, Robert Woherem (Lecturer in Public Services and Sport) describes Jan as a: “hardworking and down to earth individual, who is determined to improve himself with every opportunity provided by the college.”

The Brentford FC Elite Development course is just one example of many offered by the college that demonstrates the support given to students so that they receive the best possible preparation to #StartHereGoFar. For more information about our courses please visit here: http://www.west-thames.ac.uk/courses